What do Childcare Centers Need on their Websites?

What do Childcare Centers Need on their Websites?

One of the questions that we get on a regular basis is what do we actually need to have on our website? Should we have lots of information? Should we have a small amount of information? What do we actually have to have on the site in order to give parents what they need to really peak their interest and schedule a tour? So I’m going to give you a couple of different schools of thought, but I’m going to kind of take a few different angles with you.

So there’s different kind of stages in the parent journey. So if you’re starting off, and again, let’s just say that you’re, again, you’re putting yourself in the shoes of the parent. Let’s say that the parent is simply pregnant, so they haven’t even had a child just yet, but both the parents are working parents. So it might be 10, 11, 12, 13 months before they look at enrolling. But they might sit down to their computer, go to Google and type in something like infant care near me. And they’re going to start going through.

But if they were to come to your website and it just has a little blurb about we take infants as young as three months, for example, give us a call today. That’s not going to be enough information to whet their appetite. Now that might make them still pick up the phone if there’s only a few options, but if they’re in that research stage, they want to read all the things that I just read a lot. So you’ve got to build out your website and be able to answer all of those questions and have respective pages for the parents. 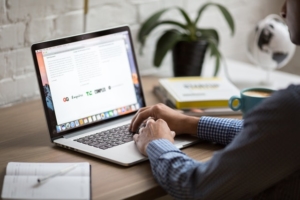 So you should have a separate page for infants and toddlers and different ages. You should have a full blown frequently asked question page that answers all those questions that parents are calling about. Does my child need to be potty trained to enter pre-K, for example. And what type of snacks do you offer and is there a bus and just all those different things that are being asked time and time again. Put all of that stuff out there. You might be saying, well, Michael, what about the parents that are not going to end up calling us because all that information is already on the website?

I want to give them the information because what I am aiming for is that when they call, they’ve done their research and they’re like 70% already there. And they’re 70% already there because they’ve gotten the information from your website, they’ve learned about your policies, they’ve possibly even downloaded the enrollment packet that you have on the website. You might be thinking, what do you mean enrollment packet? I want you to have a lot more stuff on your websites than you ever had thought that you needed.

So that’s just kind of the high level. Now if I start to dig even deeper, look at all the different communities that you’re serving and the neighborhoods and school districts. You can start to have pages on your website that talk about that. So let’s just say it’s ABC neighborhood. You could say we’re servicing ABC neighborhood and we have plenty of families from there and you’re really starting to talk about and really speak specifically to that particular community. We’re only this far away, for example, and we participate with activities and we donate to these causes, things that relate to ABC neighborhood for example.

And then the next neighborhood that you serve and if there’s different cities or towns, all of that stuff I want front and center on your website. Most childcare websites that I’ve seen, they’ve got five to 10 pages maximum on the high side. We’re typically building out pages that are 15, 20, sometimes even more pages. And now if we’re not building up more pages, we’re going a lot deeper with the content. So the enrollment page might be really, really long where you’re scrolling, but we’re answering all that stuff.

You have to understand that the day and age that we’re living in is research-heavy. Parents are doing all the research ahead of the game. When they’re walking in to take your tour, they’ve already looked at your website, checked out your reviews, looked at your social media profiles, and most likely already have two or three other centers already lined up. So we need to at the very least put our best foot forward initially, and then obviously crush the tour and go for that enrollment.

So I hope this blog post was helpful. I hope that it challenged you to start thinking about some of the other elements you could end up incorporating into your website.